Have you ever been stuck in rush hour traffic behind a car with a logo you don’t recognize? Have you ever wondered, “what the heck is a ‘KN’ car?” You’re not alone. The KN car brand you have been seeing is actually a Kia with their newest logo update. 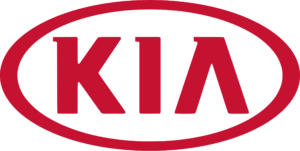 Kia’s “Power to Surprise” logo lasted during the entirety of the company’s time in the United States, from 1994-2021.

In 2022 the Korean car company underwent a massive rebrand, resulting in a logo that is both unintelligible and crooked. But the company is committed to the change: the full rollout of the logo and rebrand won’t be complete until 2025, when the company’s all-new line of inexpensive electric vehicles, which could change the EV market.

Design Criticism and Confusion
It made sense that Kia wanted a new brand that complements its new slogan, “Movement that inspires,” but unfortunately for the company, the new logo seems to have only inspired lambasting in the design community, and the criticisms are warranted.

The new logo has sacrificed legibility and recognition for minimalism, symmetry, and symbolism. While some would argue the new logo is sharper or more modern, we believe it has not been worth the loss of brand recognition. A logo redesign can be dramatic, but it should bring a dated logo into the present with the same or even more recognition than it had before. (We’re actually fans of the conceptual logo Kia uses in the Korean market.)

This isn’t merely a question of artistic taste – the data shows Kia has created a real problem for themselves. Over the past year Google Analytics shows the search term “kn car” has seen a massive spike. People are failing to recognize the new logo as “Kia.”

A Gap in the Marketplace
All of this has happened before, and all of this will happen again. In 2010, following poor sales after the 2008 recession, Gap decided to redesign its iconic, longstanding serif logo. 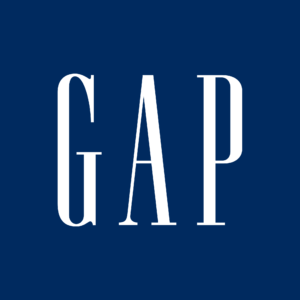 The old Gap logo disappeared and was replaced with a new logo that featured a much smaller blue box in an awkward top-right position and the ‘Gap’ name written in Helvetica, with a lowercase a and p. The goofy-looking logo experiment was estimated to have cost around $100 million. 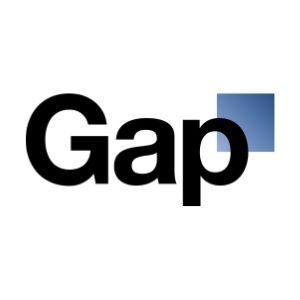 It received immediate consumer backlash online. They reverted back to their old logo in less than one week.

Perhaps Gap underestimated the emotional impact on their loyal customers. Brand recognition is a real thing with real value, and changing a decades-old logo of a company can be a huge risk. Or perhaps Gap didn’t realize the Internet and social media would pounce on to the new design so quickly and so savagely.

Will Kia also put their tail between their legs and return to their old logo, or make yet another logo change?

No publicity is bad publicity
Never ones to turn down a challenge, designers around the world have rolled up their sleeves and offered fixes to the problem. One suggestion we love is the simple addition of a crossbar to the “A” in the logo. That small change alone helps convey that the last two strokes of the logo are in fact not part of the letter “N.” While recognition of the logo is at an all-time low, no publicity is bad publicity, right? The search traffic for Kia is at an all-time high. This certainly has to do with the new logo and all the buzz it has generated as well as the also newsworthy rash of Kia and Hyundai thefts taking place right now… but that’s a conversation for another day.

So, what do you think? Is the new logo better than the old? Was the new logo designed to be purposely controversial? (We think so.) Should they adopt their Korean logo everywhere? Got a better solution to their logo woes?

Let’s create a good idea together.