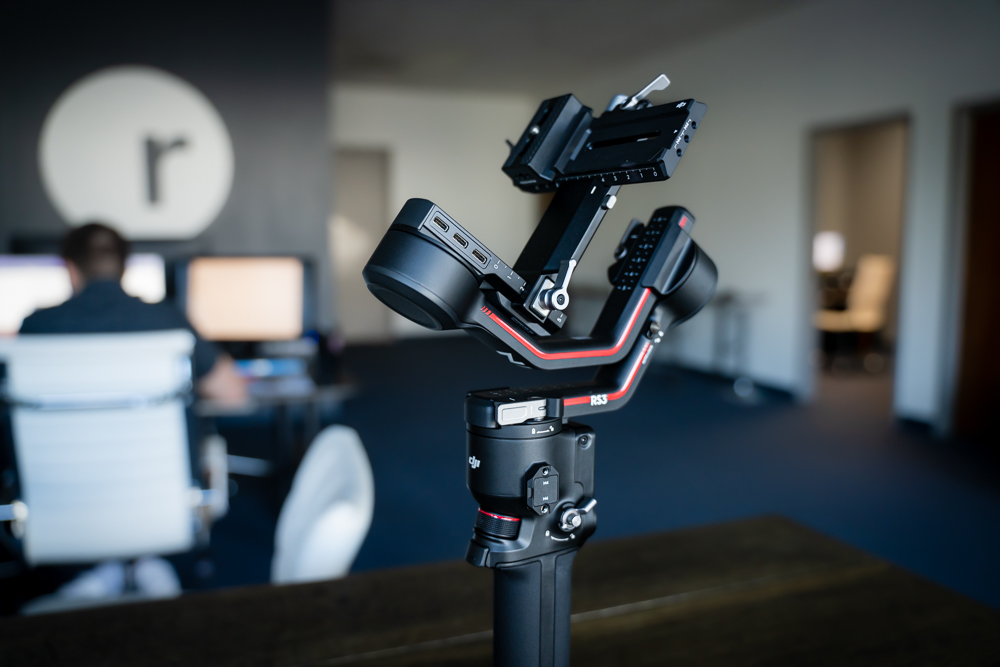 One of the most exciting aspects of filmmaking today is the ever-evolving technology available to both amateurs and professionals alike. In recent decades, the growing accessibility of the seemingly endless tools – from countless apps to increasingly powerful and affordable hardware – has allowed for significant developments in every phase of film and video projects from preproduction to distribution.

One of the most important and widely used tools is the Steadicam brand of camera stabilizer. Developed in 1975 as a camera stabilizer that helps create smooth and graceful handheld moving shots that were previously impossible to achieve without large, expensive, and complicated equipment and rigs.

Created by inventor and camera operator Garret Brown, the Steadicam was initially known as a “Brown Stabilizer.” The Steadicam uses a harness and system of springs and pulleys mounted to the front of the camera operator to give them a smooth and steady means of camera control, even while moving over uneven surfaces. While wearing a Steadicam, camera operators can more easily move through a scene or track a subject, even in complex or chaotic sequences. A great degree of freedom and control is achieved, despite the inherent cumbersomeness of heavy and bulky cameras. Both the physical strain for the operator and the “shake” of captured footage are dramatically reduced, allowing for creative cinematography that can help deliver a truly immersive experience to the viewer.

The first film to utilize Brown’s invention – by Brown himself, under the direction of Academy Award-winning DP Haskell Wexler – was Hal Ashby’s 1976 Woody Guthrie biopic Bound for Glory. Before Bound for Glory’s release, however, audiences were treated to Steadicam footage in Marathon Man, starring Dustin Hoffman and in Sylvester Stallone’s Rocky, including the iconic run up the stairs of the Philadelphia Museum of Art. Brown was notably camera operator on all three groundbreaking films.

Stanley Kubrick, after seeing a demo reel of Steadicam footage, pushed Brown to further modify his new creation for filming scenes in Kubrick’s 1980 adaptation of Stephen King’s The Shining. Brown, serving as camera operator, used a version of the Steadicam with a lower mounted camera. This allowed Kubrick to capture the signature low angles used in the sequences of young Danny Torrance zipping through the halls the Overlook Hotel on his tricycle.

Over the years, Brown continued fine-tuning his Steadicam system. His personal Steadicam work can be seen in nearly seventy-five films over the course of his career, including: Fame, Xanadu, Tootsie, Yentl, Return of the Jedi, Indiana Jones and the Temple of Doom, and Martin Scorsese’s Casino. Casino is considered by many to be something of a revisitation of his earlier film, Goodfellas, which includes one of the most iconic Steadicam sequences in cinematic history, shot not by Brown, but instead by operator Larry McConkey. In this seminal scene, Ray Liotta’s character is tracked in a minutes long continuous shot that moves from a bustling street, in through the back of a night club, to a crowded front row table, all while the subject interacts and “greases the palms” of dozens of the film’s unnamed side characters.

Believe it or not, the Steadicam has even featured in front of the camera, being repurposed as a prop machine gun support in James Cameron’s 1986 classic, Aliens.

And this may be Brown’s greatest legacy as an innovator: the fact that his Steadicam system can now be utilized by any filmmaker, even without bringing the original innovator himself onto their set.

Innovation has also continued beyond Brown’s original solution for smooth and controlled camera operation. Handheld mechanized gimbal systems achieve many of the same camera stabilizing advantages of Steadicams and have become an essential part of the creative toolbox for ruef Design, the premiere marketing and video production agency in Dayton, Ohio.

A next-generation evolution of Brown’s original invention, gimbals first appeared on the scene in 2015 as a cheaper, lighter, and more automated alternative to Steadicams. A handheld gimbal relies on electric motors to keep the camera stable in lieu of a mechanical arm controlled by the operator.

The video below takes a look at some examples of how ruef Design uses gimbals in our productions to get smooth, professional, creative shots that get our clients noticed. Imagine what we could do for you!