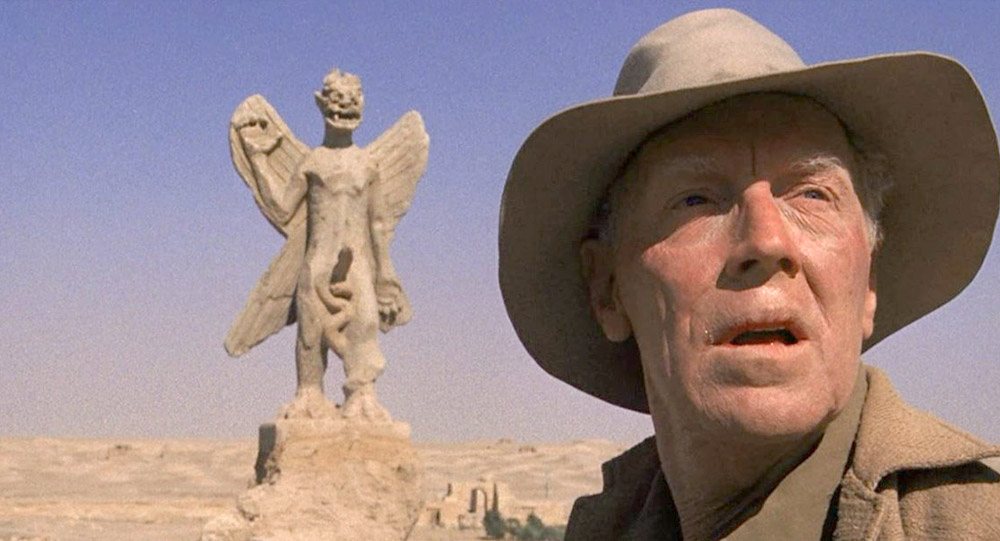 This list was assembled by Zack Ruef and myself, Dane Coleman, ruef Design’s resident horror movie aficionados, historians, collectors, and fans. Both Zack and I made individual lists of our Top 15 favorite/best/most essential horror movies of all time, then used a weighted scoring model to narrow down the definitive list: each of our Number 1 movies (Zack: The Texas Chain Saw Massacre [1974]; Dane: The Silence of the Lambs [1991], respectively) received 15 points, our number 2 choices received 14 points, and so on.

Since neither of our Number 1 favorite movies was on both of our lists, they received lower scores than movies we had on both of our lists. The first movie to appear on both our lists, The Exorcist (1973), received the most points collectively, followed by The Shining, (1980), Alien (1979), and so on. Another strange anomaly: we both had “Evil Dead” on our lists at Number 7, but Zack had The Evil Dead (1981) and I had Evil Dead II (1987); the difference was split and ultimately deference was given to the original for being, well, the first.

The Top 10 Horror Movies of All Time 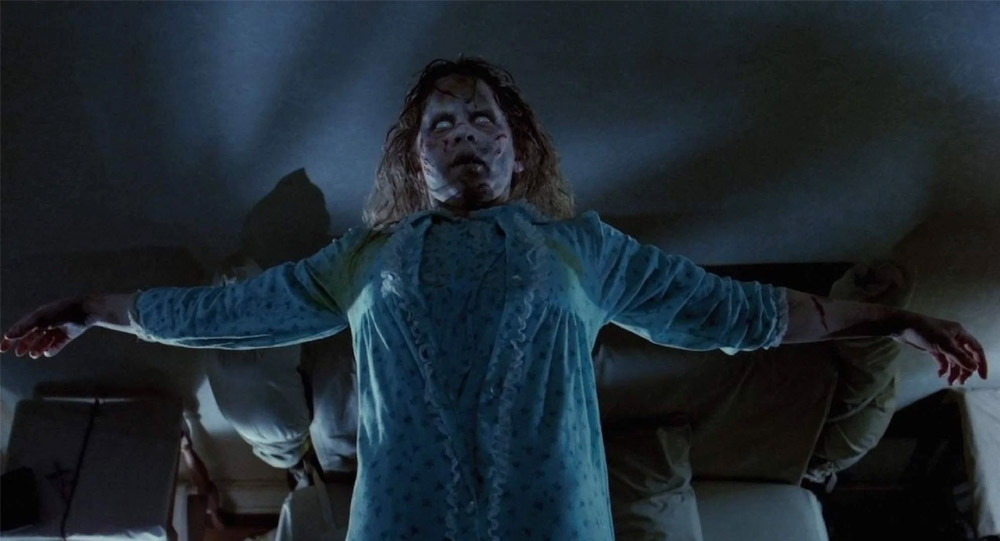 The landmark horror film: nothing is more evil than the devil incarnate. Masterfully shot, acted, and paced: it shook up the horror world when it was released and is still genuinely terrifying today. 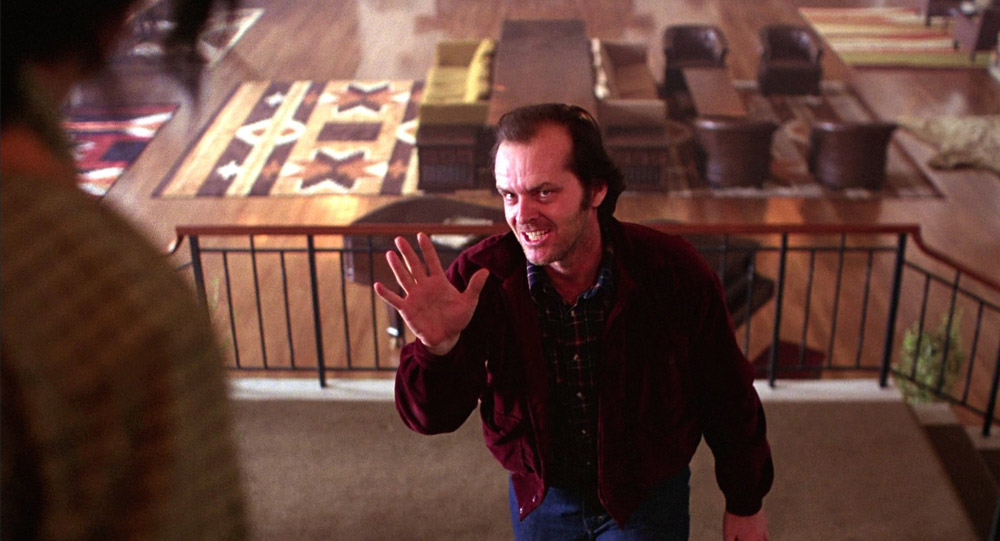 Steven King’s all-time masterpiece made even more unsettling by the masterful Stanley Kubrick, featuring a towering performance by Jack Nicholson. Psychological horror at its finest. 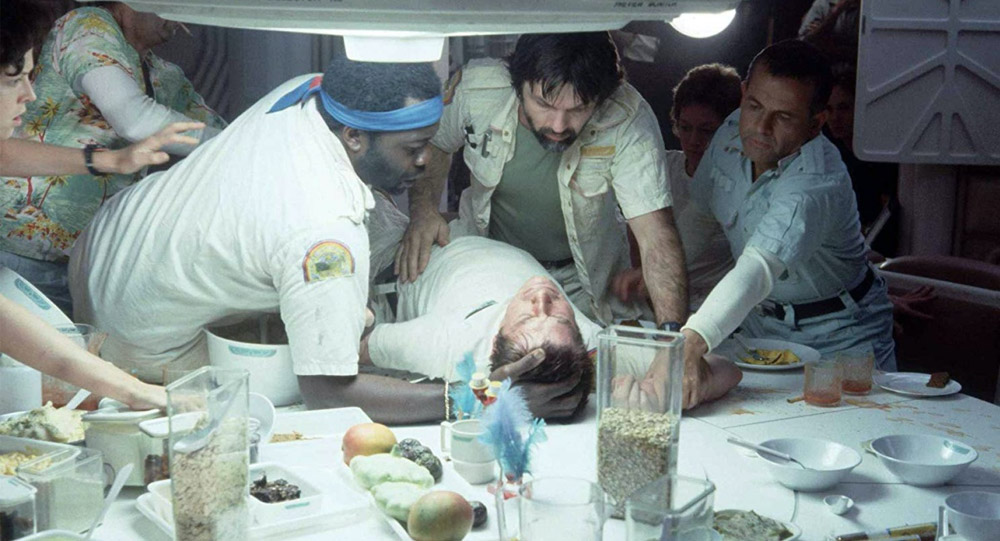 Nothing like it had ever come before. What is scariest about “Alien” is that you never see the alien fully, just his slimy jaws, smooth black head, his long sword-like tail; and it’s what we don’t see – the silence, the dread, the shadows – that make this movie so intense. The score is as bleak as the black space surrounding the Nostromo: in space, no one can hear you scream, but you can hear the metallic chattering and haunting hums of ancient creatures long dead in Jerry Goldsmith’s brilliant music. Ripley is the ultimate heroine. 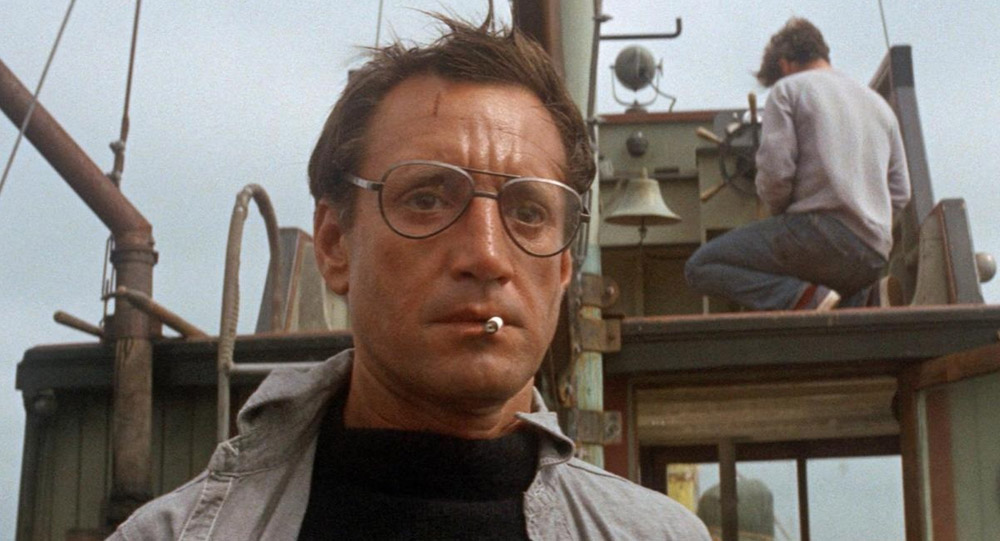 Nearly a “perfect” movie; there are no unnecessary scenes, and the pacing is both breezy and unsettling. Has kept children – and adults – afraid of the ocean for decades. Zack says, “even made me scared to swim in a pool alone… thinking something is nipping at my toes.” 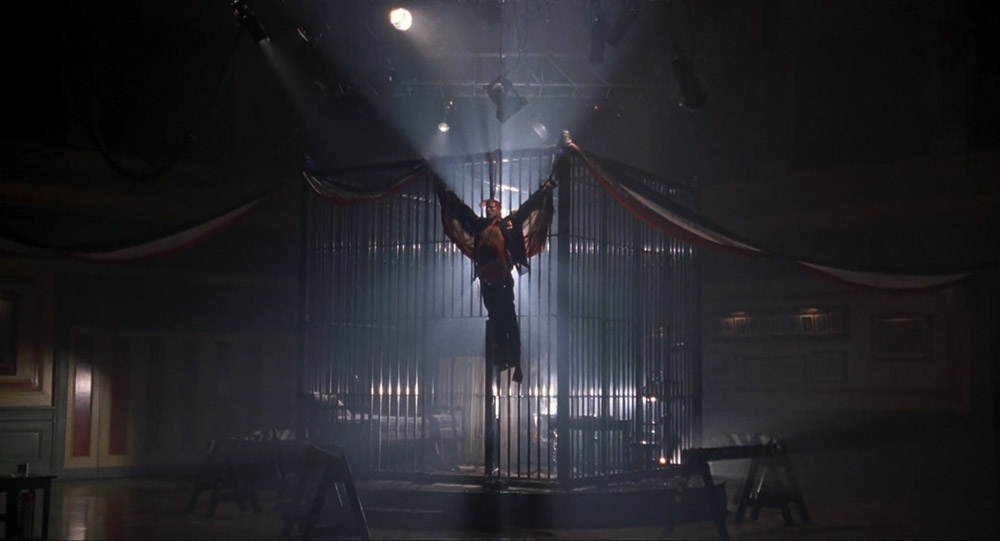 Another “perfect movie.” So brilliantly directed by Jonathan Demme, and for a psychological crime thriller, it must also be considered a horror classic, because it is just so… horrifying. Anthony Hopkins in his prime, and despite only appearing in the movie for 24 minutes, he is absolutely omnipresent, ever lurking, ever charming, ever vile. Clarice Starling is his opposite, courageous but haunted, and like a brave young knight on a quest to save a maiden, she must slice her way through thorns and defend herself from pure evils and malevolent creatures and ultimately descend into the lair and slay the dragon. 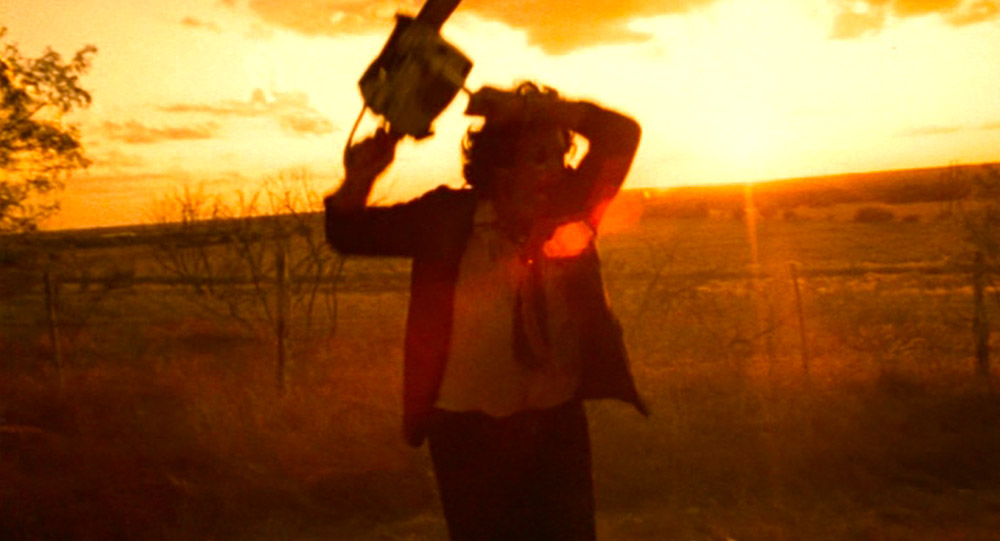 Perhaps the scariest movie of all time, not necessarily the “Best” horror film made. The film grain adds to the grittiness, the whole movie feels dirty and unsettling. 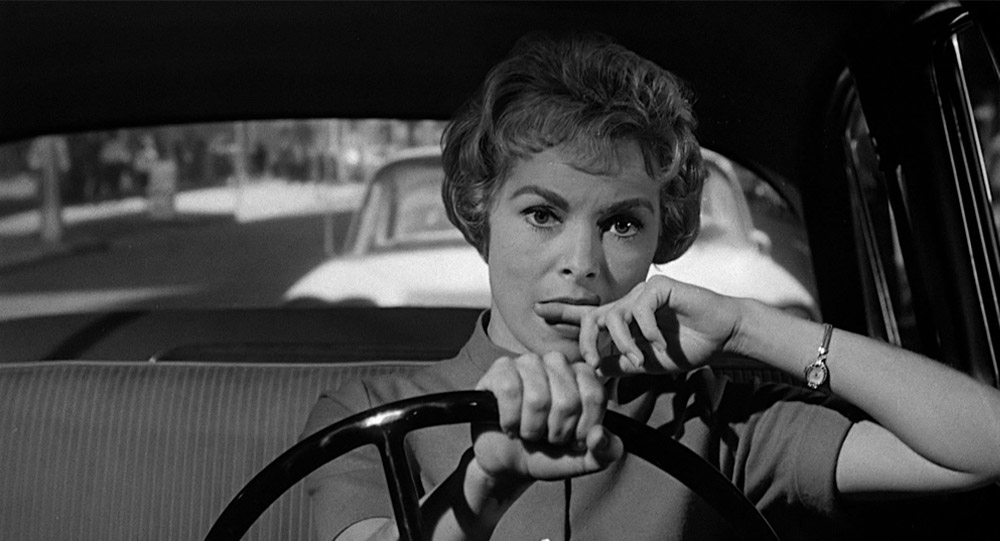 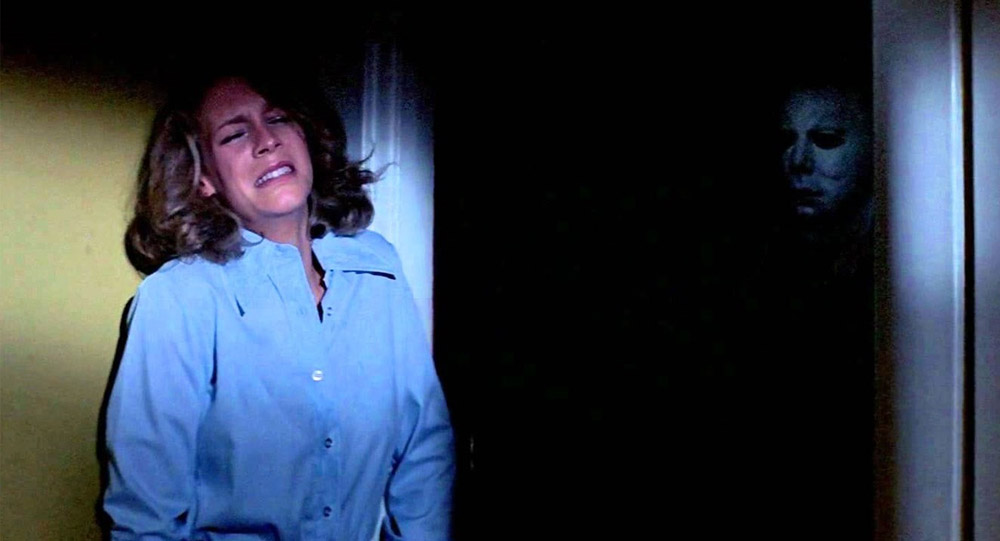 Breakthrough film that set the stage for nearly every horror movie that followed. A serial killer in a blank-face mask, stalking his prey in the shadows. Pure nightmare fuel. 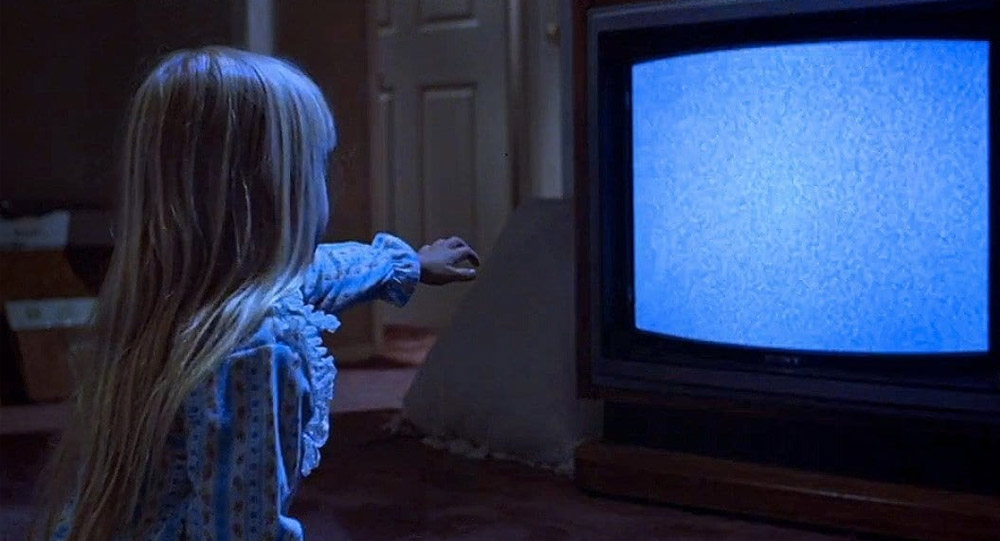 When your land turns on you and your house is possessed, there is no hiding under the bed. A big-budget “blockbuster” horror movie with great special effects, a nursery song-like score by the legendary Jerry Goldsmith, and powerful scenes of a family trying to get their daughter back from a hellish dimension. Directed by Tobe Hooper of “Texas Chain Saw” fame, but many believe (myself included) that it was “shadow-directed” by Steven Spielberg, the film’s hands-on producer, but he didn’t take the director title because he didn’t want such a horrific movie on his (then) family-friendly resume. 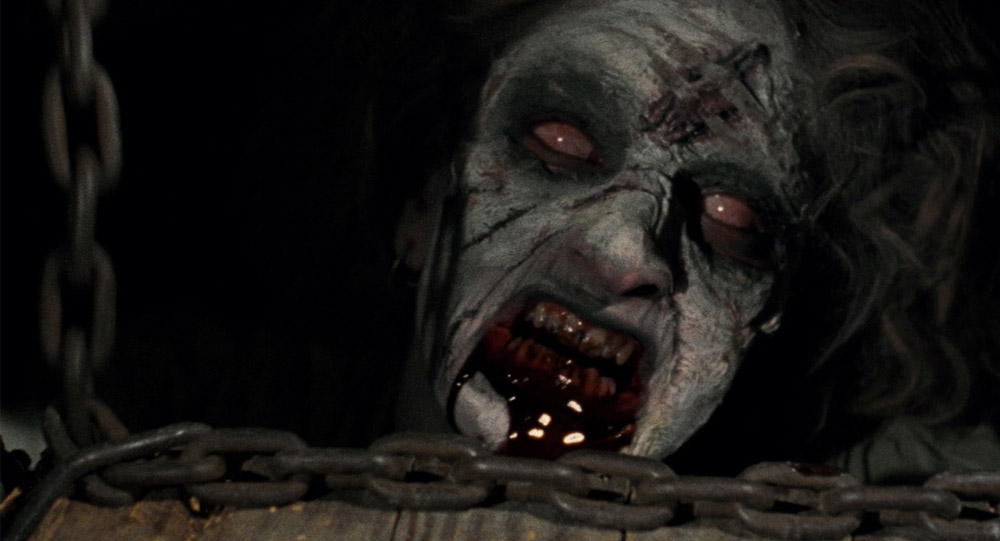 The book of the dead unlocks the evilest forces imaginable. You are alone, at night, in a cabin in the woods. Again, when the land is evil and there is no escape, there’s no saving your girlfriend when she is the first to turn. Just keep her locked in the cellar and hope the chains don’t break.