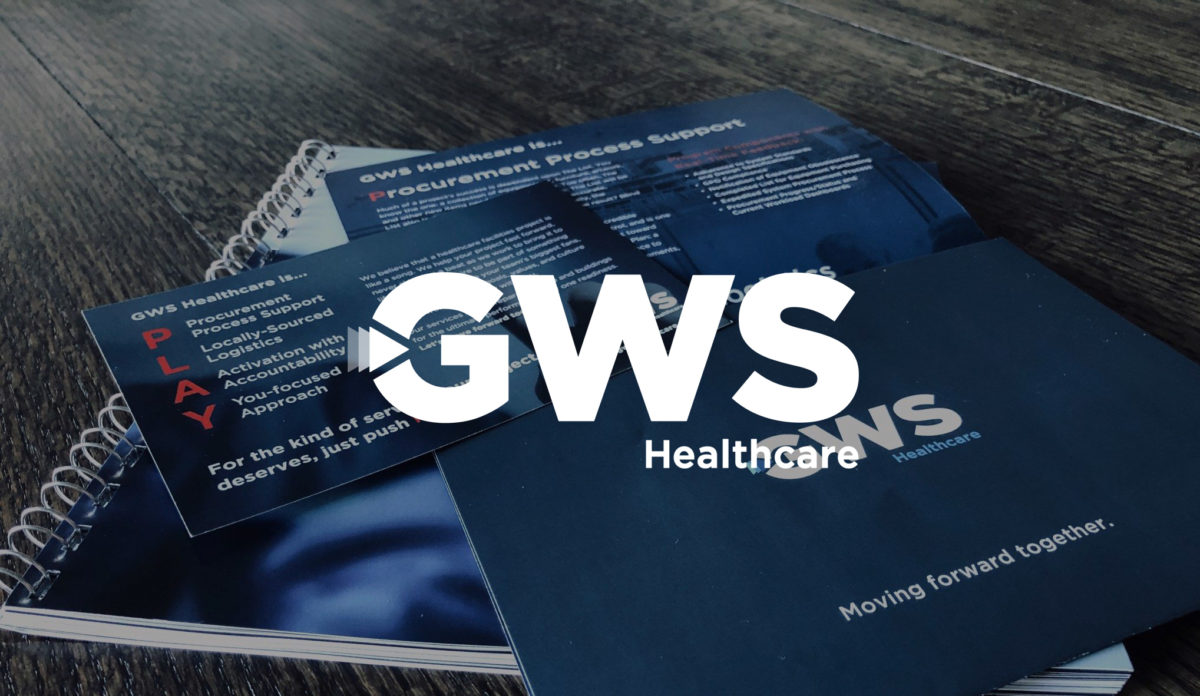 Following the success of the LIFT campaign ruef created for GWS/JLL Synergy, GWS Healthcare, another division of the moving and warehousing company, needed their own trade show campaign and marketing materials, a “sister” campaign to “LIFT”, called “PLAY.” This campaign would be the focus of GWS Healthcare’s presence at a prominent industry trade show, where the company was also hosting a large workshop.

The “PLAY” campaign involved a tri-fold brochure, a targeted email campaign, one-page sales sheets, postcards, a tall banner stand, and a 2.5-minute motion graphics piece that looped on a monitor.

Additionally, GWS Healthcare needed a 20+ page field workbook for the attendees of the workshop. GWS Healthcare provided the content for the workbook.

ruef designers developed a concept that alluded to the GWS arrow icon set and the idea of “moving forward,” or “fast-forwarding.” The idea was expanded to “Just push PLAY” – the ultimate call to action. For the workbook,the ruef design team decided to lay out the content in a unique fashion: a square, metal spiral-bound book. This made the workbook much more memorable and substantial – beyond the typical trade show booklet.

Due to the short turnaround of the campaign, the materials had to be printed and shipped directly to GWS representatives at the trade show. The PLAY campaign was a hit at the trade show, and multiple attendees of the workshop remarked that the workbook made an impression on them. One attendee asked for extra copies so they could share with their team. 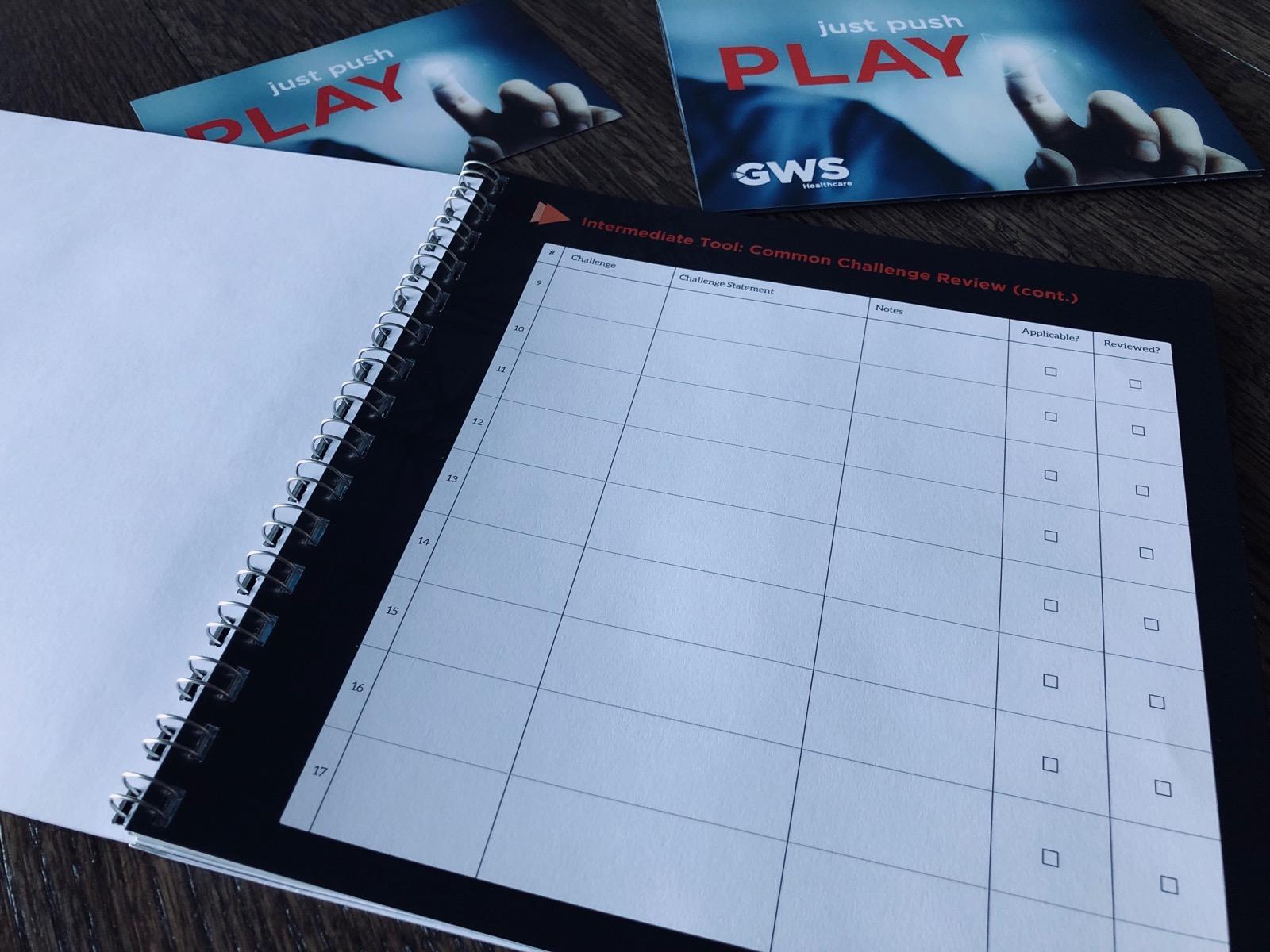 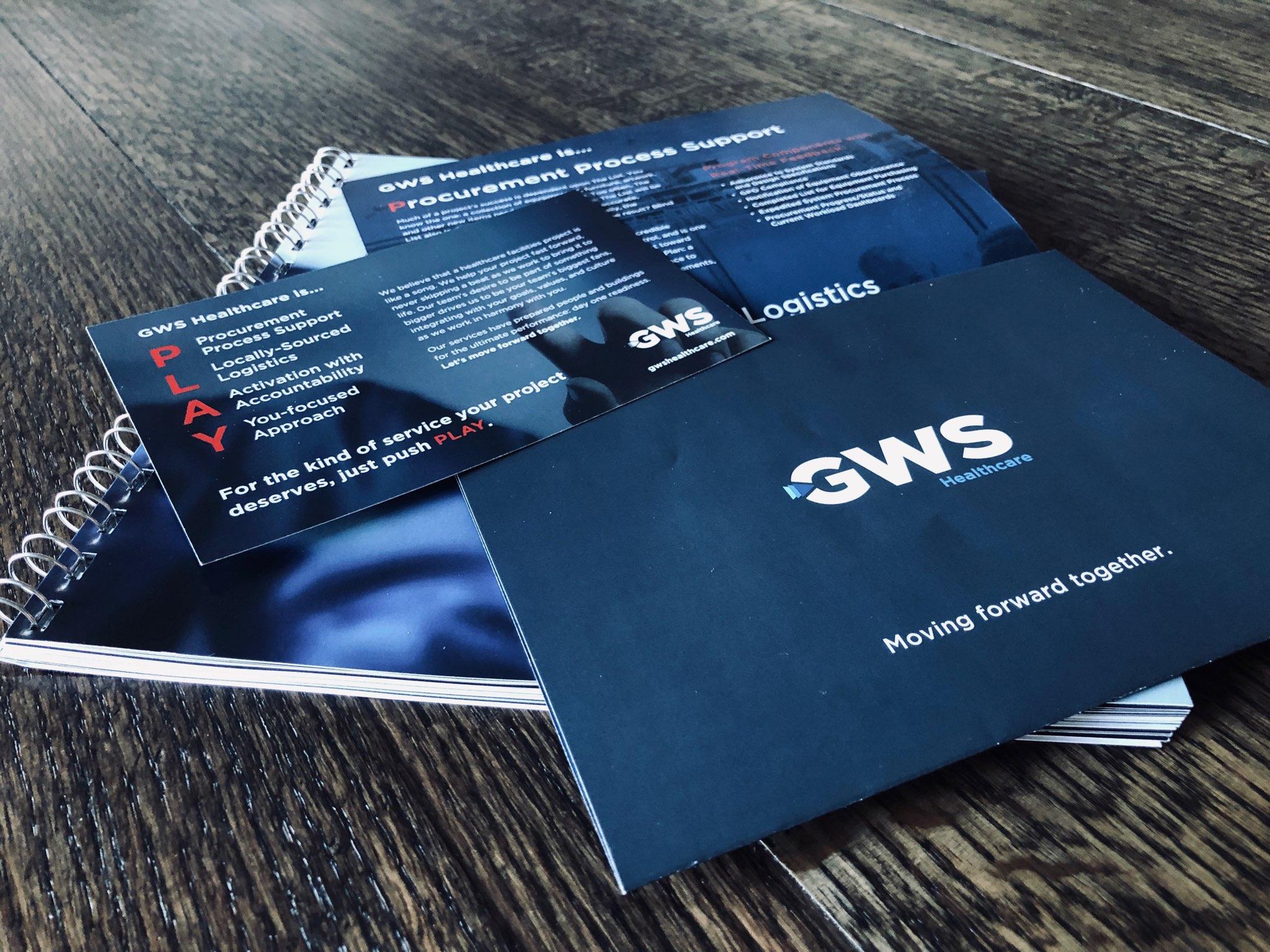